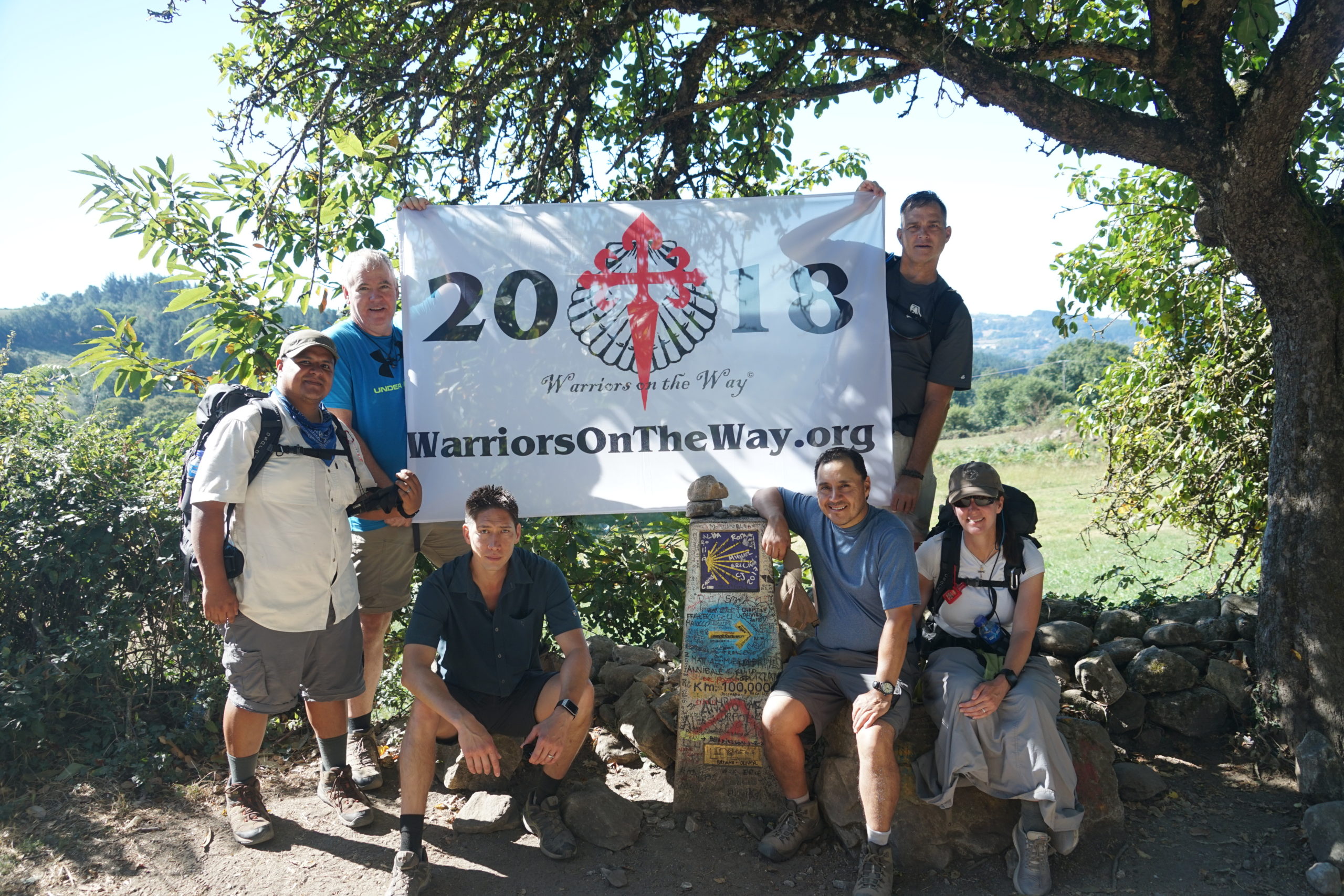 An Elder was asked by a certain Soldier if God would forgive a sinner. And he said to him: Tell me, beloved, if your cloak is torn, will you throw it away? The Soldier replied and said: No, I will mend it and put it back on. The elder said to him: If you take care of your cloak, will God not be merciful to His own image?
~The Wisdom of the Desert, ed. Thomas Merton~

What happens when you have an idea and are convinced it will help our combat veterans if the idea could be made to happen?  You pray a lot and tell everyone you know to see who will get catch the vision and see what happens.  What happens is a miracle – Warriors on the Way 2018 brought combat veterans together for a 180 mile walk across Spain on the Camino de Santiago with the belief that doing so would bring healing to their PTSD and Moral Injury – and it worked.  The pilgrims experienced amazing reductions in their PTSD and Moral Injury symptoms.

With pilgrims who had been in Special Operations, a Corpsman with the Marines, and Infantry, we had a strong group who knew how to work as a team.  We quickly developed a rhythm and each day brought the team to new successes.

We could not have asked for a better first Warriors on the Way pilgrimage on the Camino.  The pilgrims, even more than a team, came together as family and, as family, they walked off the war together.

“As I continued walking, I thought about releasing the past… the pain… the guilt… the fear… I only wanted to rest my soul.”
~Sonia Choquette~

Whether you are walking the Camino at the same time we are and want to find us (if so let us know – we would love to share a meal or a coffee with you) or just want to see photos as they are posted and see how we are doing, you can also follow our activities as they happen by following the Social Media buttons at the bottom right of this page.